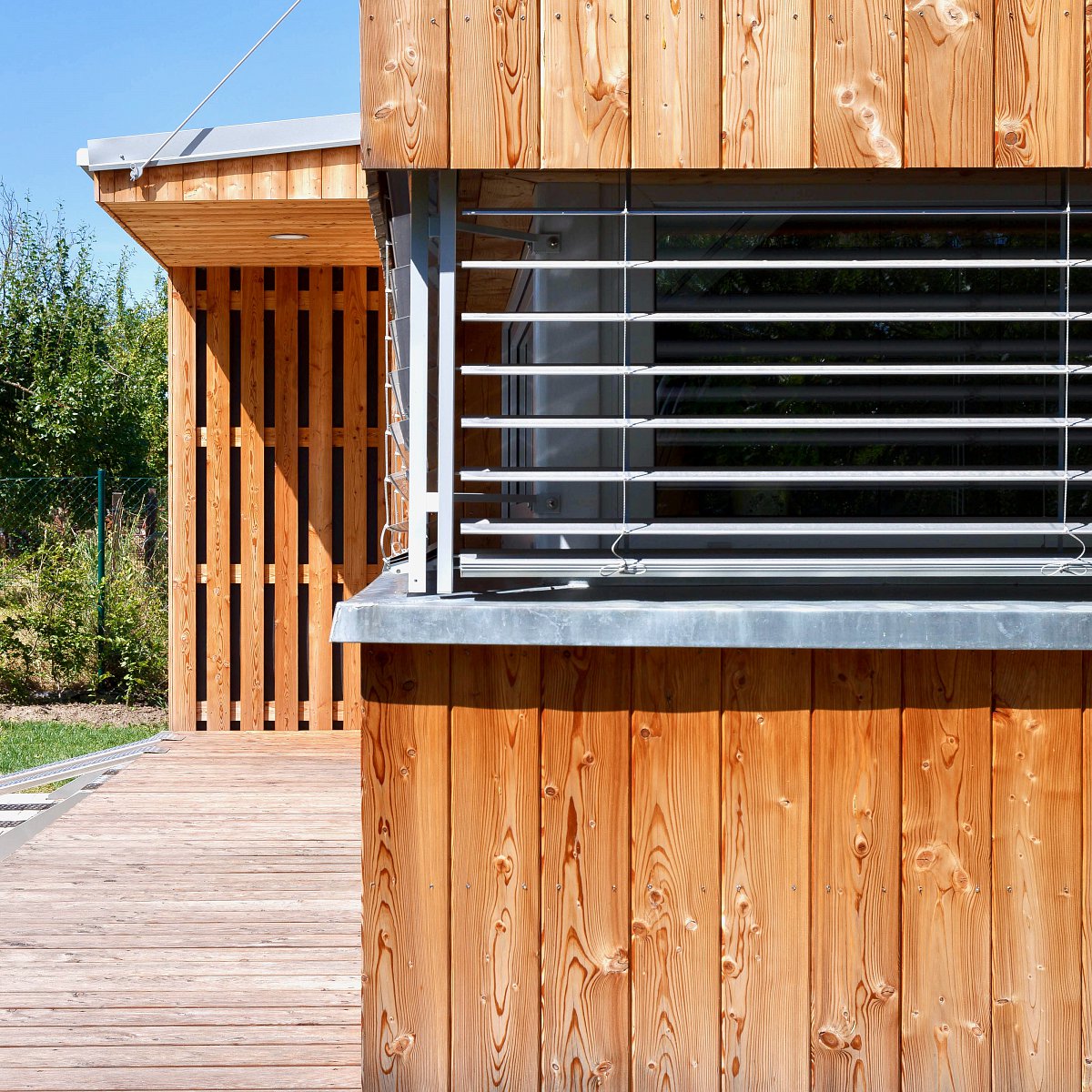 Facades that can naturally age

Customers are increasingly looking for facades that can naturally age

Larch facades are more and more often seen in Eastern Europe buildings appear unpainted, exposed to the natural aging process. Architect Pavel Horák, who in cooperation with his colleagues from the Prodesi/Domesi studio has been designing wooden buildings for more than fifteen years, has a long-term experience with this trend.

Architect Horak was one of the Jury members of the South African Timber Competition and together with his Prodesi/Domesi team hosted the internship for Carla Jooste, the winner of the Timber Competition. Jooste also visited some building sites during her internship as well as older projects, where Larch facades without surface treatment are used, she describes her experience in an article.

Profile selection and its importance

As architect Horák points out, the facade is an important part of every building, not only aesthetically but also functionally. His passion for this topic is reflected in all phases of the project, from the type of the facade, through the selection of tree species to the profile, which he emphasizes. He himself has a very good experience with the so-called folded boards (presented by Michal Popov at Hout Bay House Workshop in 2019), which are very durable even in difficult mountain conditions and can still be seen on historical buildings and many timbered houses. Although this style of the façade is often replaced by a cheaper alternative at the investor's request, Horák points out that this is not an inherent aesthetic thing and besides plasticity, which gives the building a distinctive character, the folded boards also offer very functional solutions that look good even after years. Ing. Michal Popov, representing the manufacturer of SECA profiles, also considers the folded boards as one of the best technological variants of the vertical facade.

Currently, the Prodesi/Domesi team leaves up to 95% of larch façades without surface treatment. Other architects also prefer natural aging of the facades, such as Ondřej Píhrt (SOA architects), who was behind the design of the new school in Psáry near Prague (more about this project in our previous article): “We like houses to live and gradually acquire a natural patina. The use of materials that can age is one of the basic principles of our designs,” Píhrt explained the selection of SECA planed prisms from Siberian larch. Perhaps it is surprising that in the case of Prodesi/Domesi, customers themselves are demanding the natural aging of the wooden façade, usually this trend is “pushed” by an architect. Pavel Horák explains this by the fact that investors come to them already familiar with the philosophy of the studio, know their projects and often have read articles about the work of architects or attended some of the lectures from conferences or expos they host. Even in the past, customers who wished for a naturally aging facade were still prevalent, but over the years their share has been increasing, which Horák and his team are pleased about. However, the situation differs significantly in various middle European countries. Horák and his colleagues are still trying to find the optimal solution for those customers who do not want to get their facade gray (most often using oil) but have not yet found a variant with which they would be fully satisfied.

Larch is a suitable woody species for facades, especially because of its natural resistance, which allows it to be left untreated. “Siberian larch has a high content of protective substances and thus has a higher natural durability and resistance to rot and wood-destroying pests, and at the same time it has a higher density and dimensional stability,” explains Ing. Eliška Oberhofnerová from the Czech University of Life Sciences in Prague.

The beauty of natural material

Wood is a natural material, and this is reflected in its aging, which may not always be uniform and is influenced by many factors, from design to climatic. The Czech customers with whom the Prodesi/Domesi studio team comes into contact decided to accept this fact and accept that the facade will become gray over time, acquire more plasticity and acquire a unique character. Combined with clean design, these wooden building facades are a beautiful example of the pursuit of sustainable access to construction and SECA is proud to be part of such projects.

Photos of the Prodesi/Domesi portfolio (by Milan Hutera) 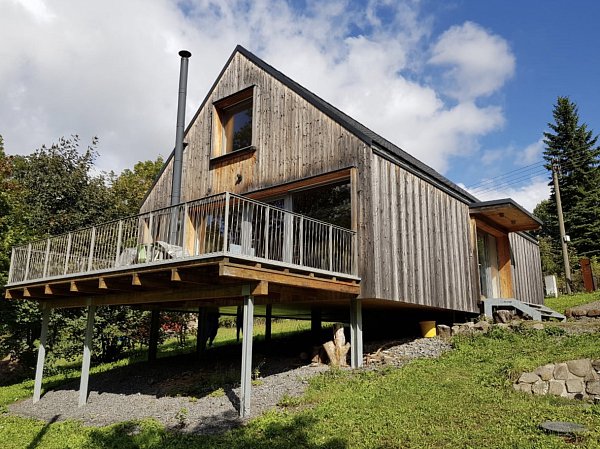 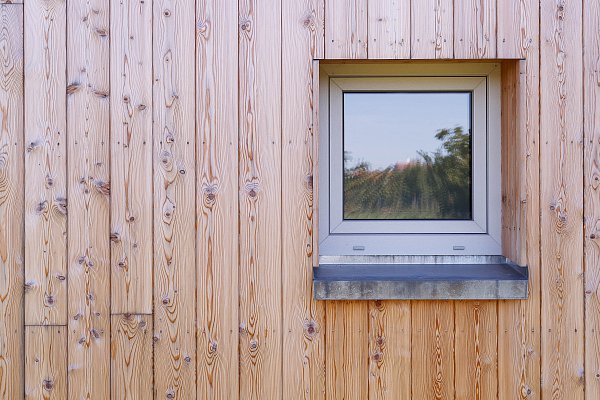 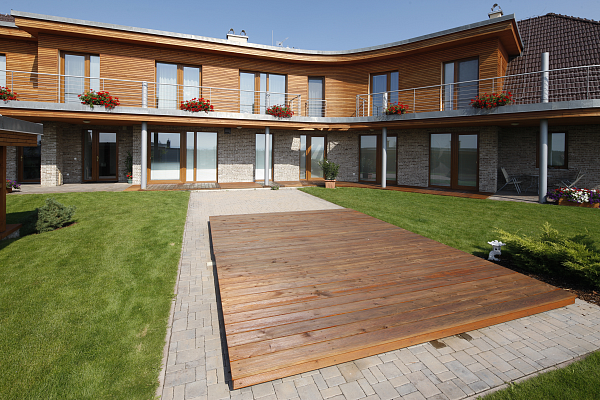 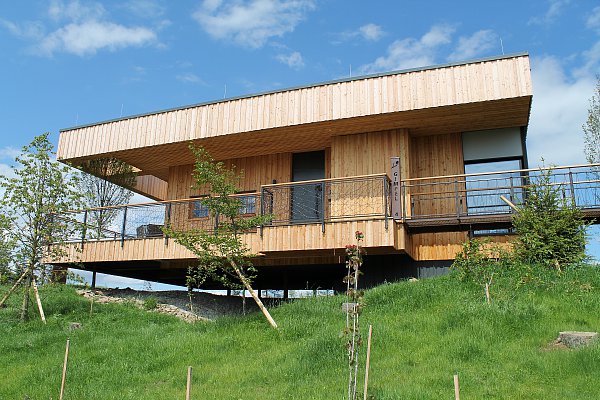 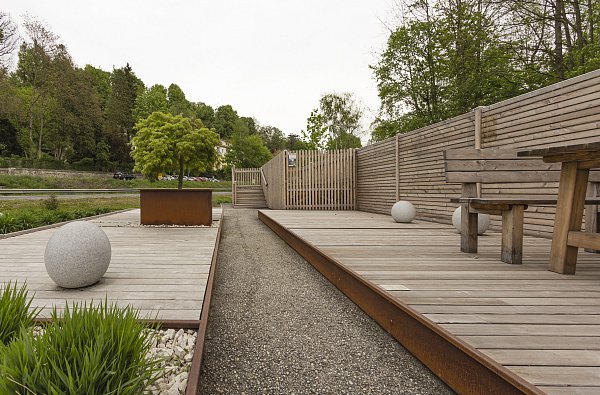 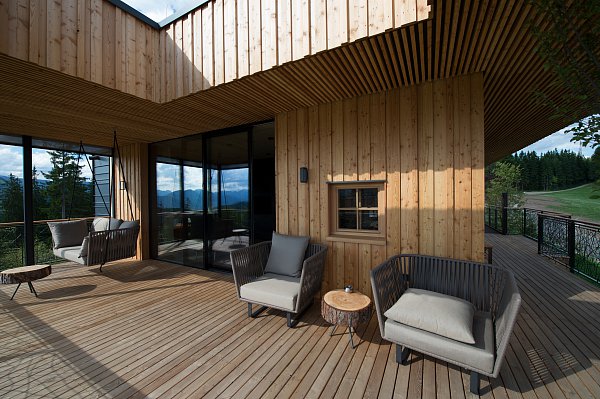 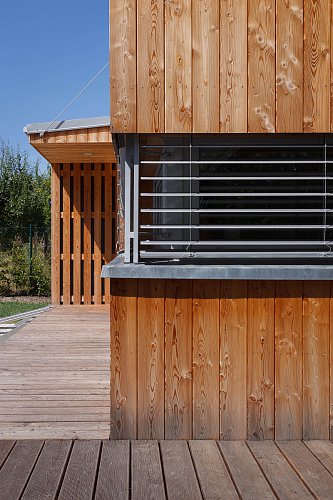