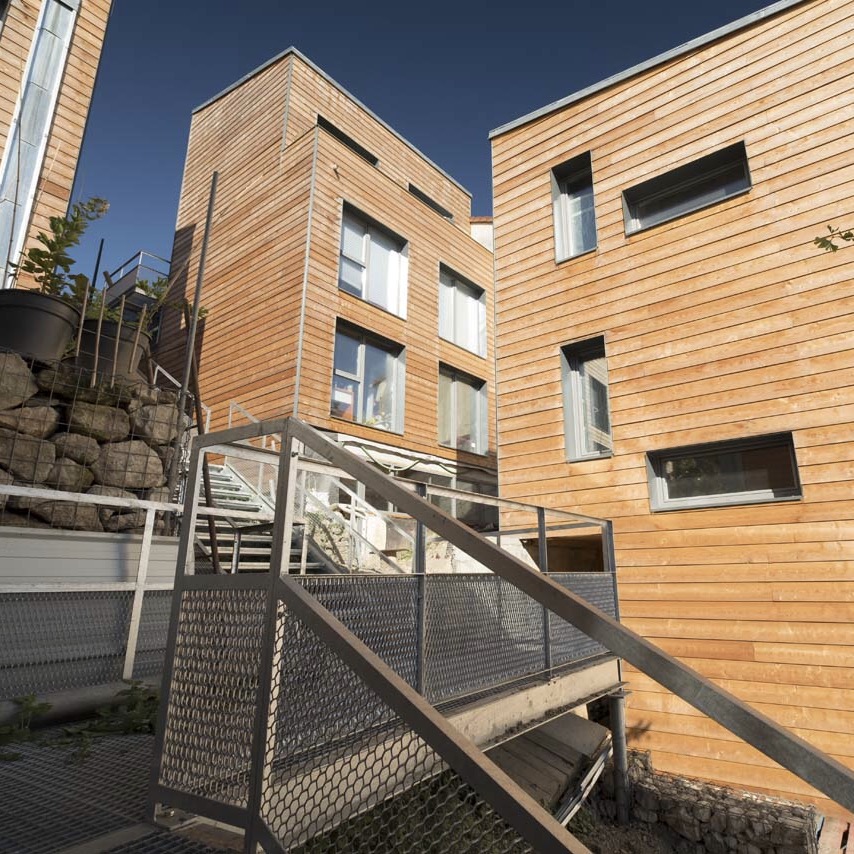 In 2008, the architect Alain Costes, a founder of the ‘Association for Employment’, that creates awareness and solidarity with the unemployed and workers in precarious jobs, came up with the idea of creating quality housing for several families in the Ivry complex. Thus, they responded to the unsatisfactory situation of social housing in the area and especially to the unsuitable conditions in the existing peripheral housing estates. 24 selected families together with a team of architects SCOP Atelier 15, participated in the project of the new residential complex.

Wood prevailed – not only because of the finance

The originally intended brick construction did not succeed in the end; in comparison with solid wood panels, it was too expensive because the price was influenced by the slope gradient of the terrain and the poor accessibility of the site. “Energy efficient buildings can be built of wood; also the wooden structure is light and simple for implementation,” points out the architects. “NOVATOP can also be combined with other natural materials – in Ivry-sur-Seine, a mixture of flax fibres with cellulose and fibreboard insulation was used.” Since the terrain is steeply sloping and the subsoil poorly bearable, the designer chose foundation of steel piles. The use of Novatop wooden panels was then just another logical outcome – it is a light structure, ideal for similarly unfavourable initial conditions. In accordance with the contracting authority’s wish, the panels had a higher degree of prefabrication – sheathed with insulation, namely to enhance the maximum acceleration of the assembly.

Interiors in the natural spirit

Already at the design stage, it was clear that Novatop panels will be supplied in visual quality because they will, to the maximum extent, form the final surface of the interior of the flats.  “In this respect, we recognize the uniqueness of Novatop,” Costes explains this solution. “We did not have to deal with plastering, painting or wallpapers, which thus made the project not only cheaper, but even prettier.”

“We have created a collaborating team”

The authors of the project from Atelier 15 added about the selection of NOVATOP system. “It was an absolutely invaluable experience for us, especially in the area of information exchange between the architect, the designer and the factory. And apart from the difficulties in tuning up the business contracts and structural calculations, we encountered no problems. On the contrary, the production was very flexible, machining accuracy very high and there is maximum satisfaction with the quality of the visual wood.” 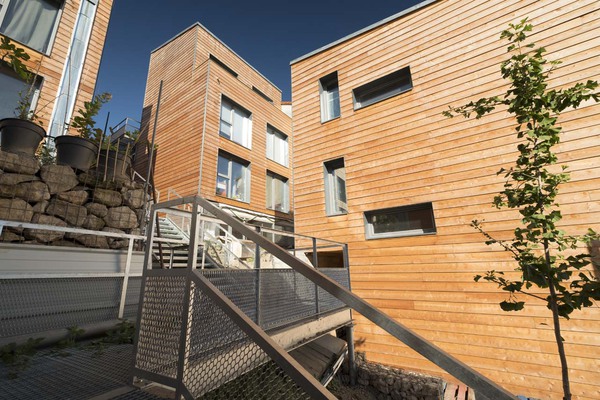 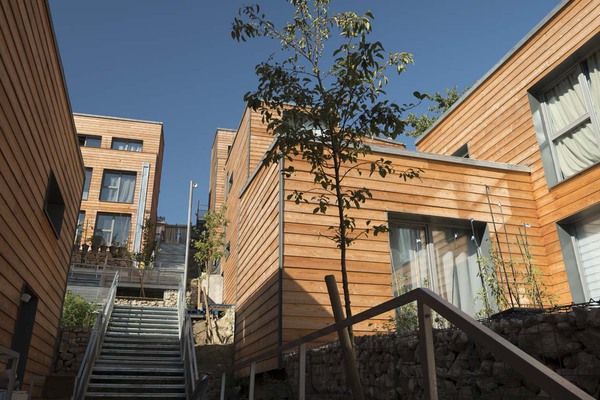 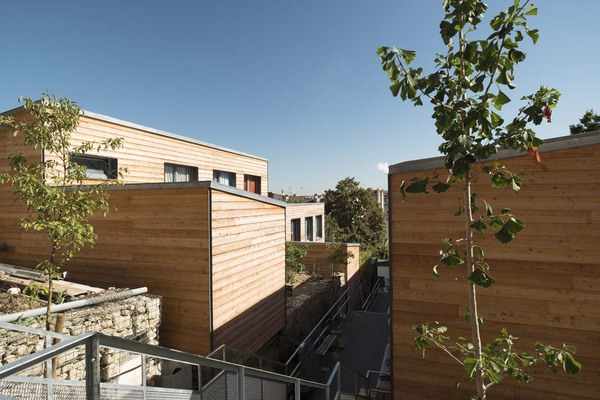 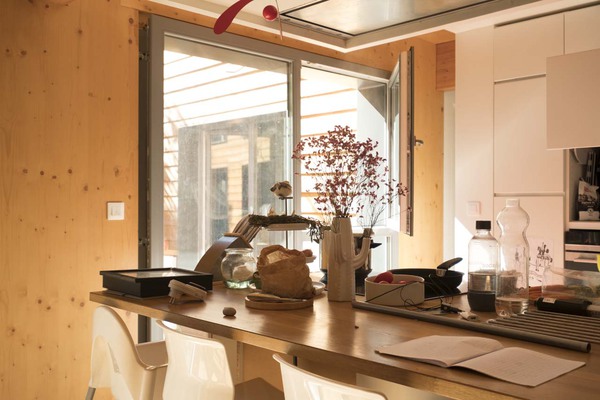 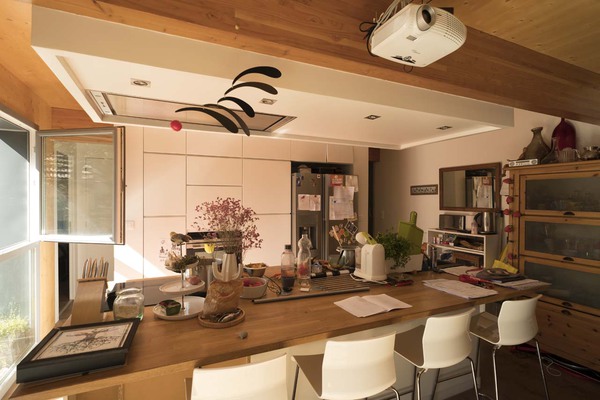 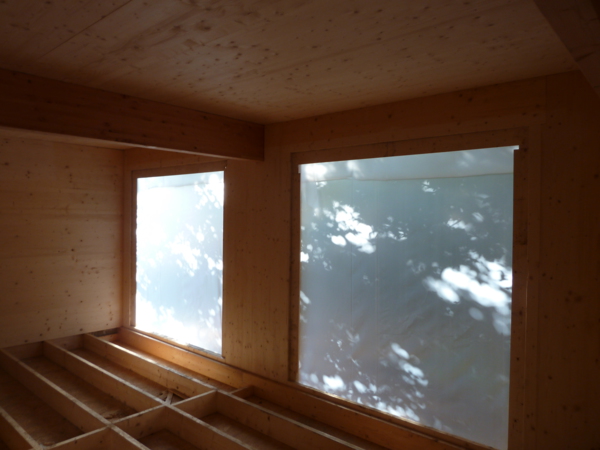 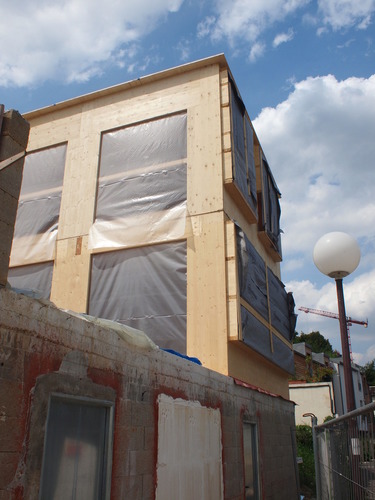 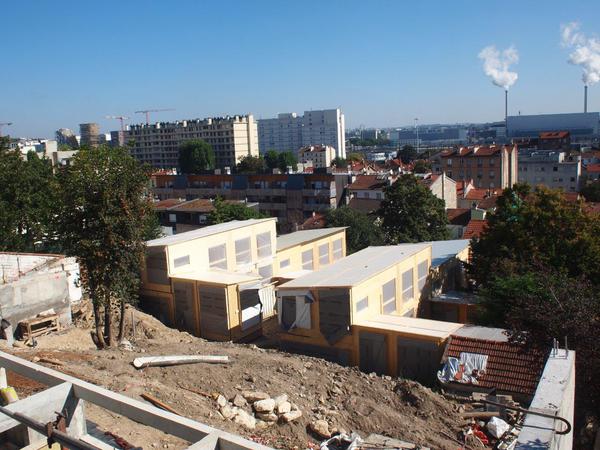